THE BOURSE WHISPERER: Lithium Australia (ASX: LIT) announced the completion of a second continuous pilot plant run by ANSTO Minerals (a division of the Australian Nuclear Science and Technology Organisation).

Lithium Australia said the second continuous pilot plant ran from 10 to 13 October 2016 and was a follow up exercise to the initial process piloted at ANSTO Minerals from 12 to 17 September 2016.

The initial pilot plant run demonstrated the successful application of Lithium Australia’s trademarked Sileach process for the extraction of lithium from lepidolite ore from Lepidolite Hill in Western Australia.

The company explained the second pilot plant campaign processed purified liquor generated in the first campaign and involved evaporation, recovery of lithium carbonate and recovery of potassium sulphate, which is being assessed as a potential value adding by-product.

These steps were previously developed in a laboratory program performed by ANSTO Minerals.

“We are very pleased with the results as reported by ANSTO Minerals, Australia’s pre-eminent expert in lithium extraction technology.

“This is another step in de-risking the commercialization of the halogen based Sileach process.” 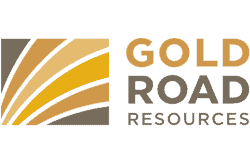