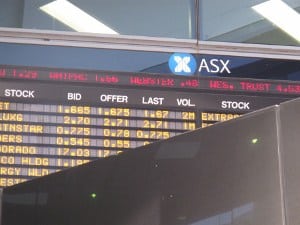 COMMODITY CAPERS: While scientists debate whether climate change is a real/false, natural/man-made phenomenon, countries with large populations have realised opening a window does not necessarily provide its people with fresh air.

Keeping people breathing has become a major concern for the larger countries, China is the first that comes to mind.

It’s extremely rare to see vision of a Chinese populace going about their daily routines without seeing high numbers wearing face masks to minimise the effects of the air pollution the country endures.

But the Hidden Kingdom is not alone as many European and North American centres also move to diminish the effects of long-term air pollution.

Electric Vehicles (EVs) have become the touchstone of the new environmental times and are expected to dominate the market sooner, rather than later, due mainly lower costs for battery manufacturing and commitments from car companies to establish themselves as market leaders.

“Falling battery prices will bring price-competitive electric vehicles to all major light-duty vehicle segments before 2030, ushering in a period of strong growth for electric powertrain vehicles.

“While EV sales to 2025 will remain relatively low, we expect an inflection point in adoption between 2025 and 2030, as EVs become economical on an unsubsidized total cost of ownership basis across mass-market vehicle classes.”

Green politicians may have struggled to capture voter attention of late, but the green economy is running at a much faster pace.

Speaking at the recent 2018 RIU Explorers Conference in Fremantle, Patersons senior resources analyst Simon Tonkin said the Green economy has been a key driver for resources over the past 12 months.

Tonkin went all the way back to 2014, when, he said, China announced it wanted to reduce pollution and it wanted 20 per cent of its energy needs to come from renewables by 2030.

“China’s energy needs are currently around 13 per cent renewables, but it is amazing how much China is building in terms of the world’s solar panels,” he said.

“There are currently 3.5 million clean-energy jobs in China and this is expected to grow to 10 million jobs by 2020.”

Like the Chinese, it didn’t take Tonkin long to set his sights on the EV and associated lithium-ion battery market, where he indicated technology was gaining traction, noting that Tesla, and others, are currently building giga-factories.

“There is a shift to new-age metals, such as lithium, nickel, cobalt, manganese and graphite – we could also add vanadium and zinc into the mix,” he said.

“Australia has plenty of these metals to supply to the world.”

According to Tonkin, the best performing commodities over the past 12 months is dominated by the battery metals of cobalt and lithium with those trailing the pack being the sector stalwarts of iron ore, silver, and gold.

The importance of lithium batteries to modern living has increased with their use in such high-demand devices, such as phones and computers and the growing EV market.

A lithium-ion battery lives in a category of itself with around four diverse types of batteries in use, utilising a mixture of commodities, including aluminium, cobalt, manganese, graphite and nickel

“Our (Patersons’) view on lithium with the emergence of electric vehicles, we are going to see a significant increase for lithium demand as soon as the mid-2020s,” Tonkin said.

“However, in the short-term we could see supply outstrip demand as the spodumene producers ramp up.”

Tonkin is not alone in his view of a possible lithium glut.

In its recent report – Lithium: The long-term pain of new supply, Morgan Stanley suggested that should the current pipeline of planned projects goes ahead the result will be substantial, and sustained, market surpluses from 2019 onwards.

“We forecast 2018 to be the last year of global lithium market deficit,” Morgan Stanley analysts said.

“Beyond that, we expect global lithium prices to correct as the market moves into a period of sustained surplus.”

Another lithium producer, Albemarle also requested an uplift to its quota for production from La Negra in late2017.

The analysts have forecast these expansions to add 200,000 tonnes per annum to Chile’s lithium output by 2025, bringing the country’s total output to 255,000 tonnes LCE – a third of global supply.

Although lithium powerhouse SQM intends to increase lithium production by four to six times, it is likely to take years to eventuate and will come at a much higher cost than current production, possibly making it less competitive.

Australia has the third largest lithium reserves behind that of China and Chile – a position the country is starting to exploit with production coming on line from companies such as Pilbara Minerals and Pioneer Resources as well as lithium extraction technology plays such as Lithium Australia and Neometals.

Old Campaigners on Standby for EV Revolution
Scroll to top