Blackham Resources presented an update on the operation to the market for the month of February, which declared that having accessed high-grade zones in the M4 and Galaxy pits late in the December 2017 had enabled the company to record monthly gold production in both January and February 2018 of 6,498 and 6,713 ounces of gold, respectively.

Blackham said the low stripping ratio and increased gold production resulted in a record low monthly All In Sustaining Costs (AISC) in February of $912 per ounce ($1,158 per ounce – Jan’18), in comparison to an average realised gold price during the month of $1,670 per ounce, continuing its high margin production for the quarter to date.

The company endured rainfall and lightning events during the month, which restricted mining operations, however, the operation has increased high-grade stockpiles, which currently total 144,000 tonnes at 1.7 grams per tonne gold.

The company anticipates milled grade and gold production to continue to improve during March with the increasing grade of the mill feed stockpiles.

“February’s operational results demonstrate a continued improvement of the turnaround that commenced in December 2017,” Blackham Resources executive chairman Milan Jerkovic said in the company’s announcement to the Australian Securities Exchange.

“Record production and further reduced costs from the operation underpinned another month of strong cashflow, whilst maintaining stockpiles with increased grades.

“We remain confident that 2018 will be a transformational year that will generate significant cash flows and value for Blackham and its shareholders.” 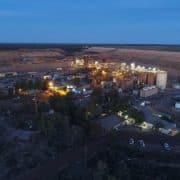 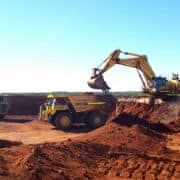 Production On Track and On The Rise